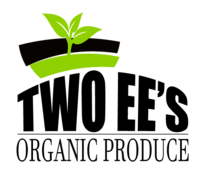 Named for founders Emil and Elizabeth Kowalski, Two EE’s was first established as a dairy farm and fruit stand before WWII and ran steadily on a modest scale until it was purchased by the Schoen family in 1960. Ambitious young horticulturist Henk Schoen and his wife Jenny expanded the fruit and produce selection of the farm, raising nine children on the flourishing, expanding property. Henk was naturally drawn to chemical-free farming as he watched early fertilizers and pesticides hit the market, many of them derivatives of toxic gases used in warfare. Since the 60's he experimented with natural fertilizers and pest control on his own. Henk’s youngest son Mike, who holds a Horticulture Technician ceritificate and a diploma in Greenhouse Management, now manages organic growing on the farm. For him, organics are something he has known since childhood, an inspiring element of his family history and, with six children of his own, a promise of a bright and healthy future.