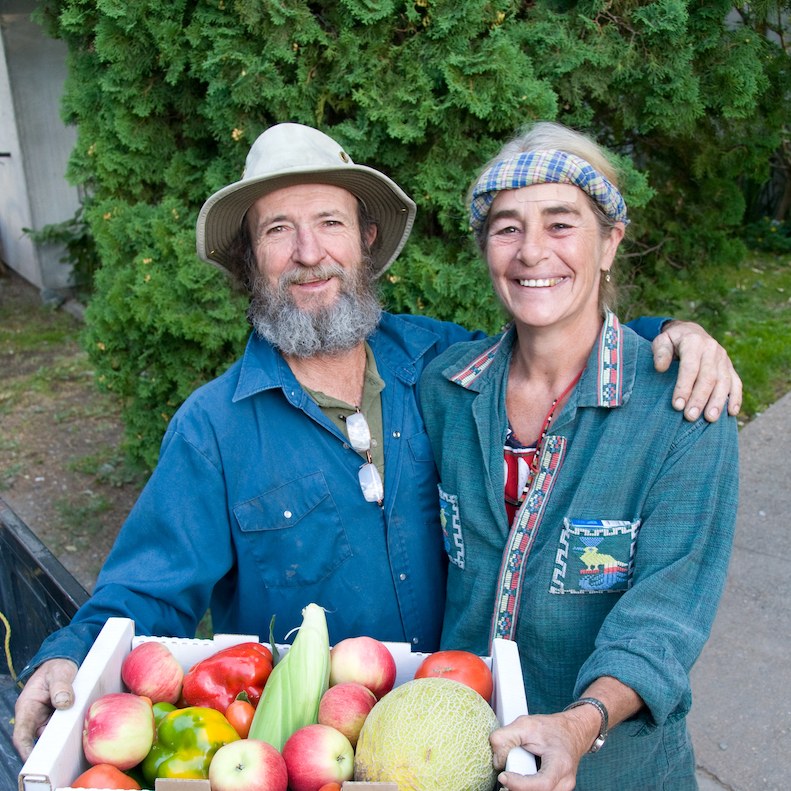 Trevor and Debbie Evans have been farming organically in the Similkameen Valley since 1978. One of the founding organic farming families in the area, Trevor recalls a time when his conventional neighbours laughed at the idea of growing without chemicals and pesticides. “They called us bug growers instead of farmers,” he explains. Now, the Similkameen Valley is considered the organic growing capital of Canada, being home to more organic farmers than any other area of the country. After more than a decade running a farmer run co-op packing house, two years ago Trevor and Debbie decided to step back from the co-op to focus on their own Sundance Farms. Though tomatoes were their first love, Trevor and Debbie began growing treefruits in the early 1980’s and now cultivate thirteen varieties of apples, six types of pears as well as Apricots and Peaches. From his days organizing the co-op and helping found SOOPA, one of BC’s organic certifiers, to mentoring the folks who work the farm with him, on the farm, Trevor and Debbie and their family are committed to fostering organics in their home province.

Despite having a texture similar to that of apples, Asian pears closely resemble other pear varieties in their nutritional profile. These fruits are high in fiber, low in calories and contain a number of micronutrients that are important for blood, bone and cardiovascular health. Although delicious on their own, the light sweetness and crispy texture of Asian pears makes them a unique addition to any salad or stir fry.