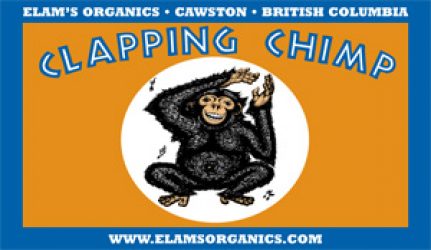 Based in sunny Cawston, BC, Elam’s Organics is a long time supplier of fresh Elam Wills grew up in the Similkameen Valley and spent his early years working on the farms and orchards in the Cawston area. He has always felt a strong connection to the earth and this lead him to becoming an organic grower in 1978. As he and his neighboring farmers began to grow greater volumes of produce, Elam and his partner sold and transported this product to many different markets in Canada and eventually the United States.

Tree Wills like his father Elam grew up in the orchard farming industry. Starting from an early age working on the farm selling and delivering produce both grown on our farm and by other local farmers. Now with my own family I work continuing the family tradition of growing and selling the best possible organic produce.

Elam’s Organics has continued to grow as more farmers in the Similkameen and Okanagan valleys have transitioned from conventional growing methods to organic. They have sought Elam’s advice and expertise in growing organically and contracted with him to market and sell their produce. Elam was a founding member of the first organic certification body in British Columbia, known as SOOPA. His commitment to organic growing methods is based on a deep personal belief that healthy soil is the basis of a healthy planet.