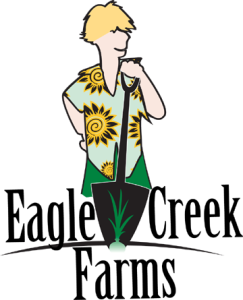 The Mills Family moved to the farm in Bowden, Alberta back in 1921 and have continued on the tradition of farming for 4 generations.   Today’s farm is much different than in the early part of the century, however, the farm still revolves around the family. Recently John has started raising a family while farming with his father Stan.

2008 was the year they started transitioning the farm to organic production. They have had some successes and failures over the years, and are happy to share the journey with others, both consumers and those interested in organic farming themselves.

The goal is to farm their land sustainably so their descendants can continue farming the land for generations to come. For them, this means reducing the amount of un-renewable resources as much as possible while ensuring they do not negatively effect the environment around them.

"Yes, we still use diesel in our tractors," John says, "but we believe the philosophy around organic production is much more sustainable in the long run than current conventional agricultural’s dependence on many synthetically produced and mined inputs."