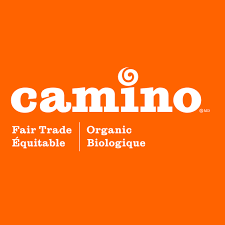 Camino is owned by La Siembra Co-operative in the Ottawa-Gatineau region of Canada. La Siembra means “sowing” or “planting time” in Spanish, a symbol for the seeds of change we are sowing through our co-operative and fair trade business models.

A small mixing machine, a worthwhile idea and a few believers.

La Siembra was established in 1999 by three young entrepreneurs. Having worked overseas, the founders of La Siembra experienced the exploitative nature of trade on the lives of family farmers. These three friends decided to provide Canadian consumers with an alternative to conventionally traded products by establishing a worker-owned co-operative.

Year 1 was spent in the community kitchen of First United Church—a socially progressive church in Ottawa. As there was no fair trade certification system for cocoa-based products at that time, La Siembra’s founders adopted the guidelines of the Fair Trade Foundation. They began sourcing cocoa from a co-operative in Costa Rica and sugar from a mill supporting co-operative farmers in Paraguay. An organic recipe was developed and the founders began to manufacture and distribute a hot chocolate, sugar and cocoa line themselves.

In 2002, La Siembra worked with Fairtrade Canada (then Transfair Canada) to develop a certification system for cocoa, chocolate and sugar products in Canada and became the first registered importers of Fairtrade certified cocoa and sugar in North America.

The Camino line has grown to include a full line of various chocolate bars, the Camino Cuisine line of baking products and a range of industrial larger format sized premium ingredients.

La Siembra Co-operative recently celebrated its 15th year anniversary of being 100% fair traders in Canada. Our group has been operating as authentic fair traders under the “all that can be” fair trade principle, meaning that all ingredients in a Camino end-product, such as our chocolate bars, that can be sourced on fair trade terms is fair trade (such as sugar, vanilla, spices).

Our team is dedicated and committed to fair trade through our education and advocacy work in Canada, and direct engagement with our producer partners in the South. We are grateful for the support of our producer partners, investors, customers, loyal consumers and fellow advocates; as without them it wouldn’t be possible to continue do the great work we do.

La Siembra Co-operative works directly with over 18 producer co-ops in 9 countries, contributing to the livelihoods of over 36,000 small scale family farmers.

A family favourite, Camino's original milk hot chocolate has an incredibly creamy taste and texture - enjoyed most by the young and young at heart! This instant hot chocolate can be prepared with water, or milk/milk substitute for an extra creamy taste. Notice the simple and clean list of ingredients. Fairtrade certified, certified organic, gluten-free and non-GMO. This hot chocolate should be in everyone's pantry, all year long!

Cozy up to Camino’s newest addition to their hot chocolate family – Simply dark. Created for the dairy conscious, Camino’s Simply dark hot chocolate is incredibly rich and delicious, and is literally made with dark chocolate as an ingredient for an extra indulgent taste. Simply prepare with your choice of milk or milk substitute (we like it best with almond milk!). Fairtrade certified, certified organic, gluten-free, non-GMO and vegan-friendly (made without milk ingredients but may contain traces of milk). Fantastically rich and velvety…simply delicious!

This cocoa powder is light in colour and has a deep chocolate flavour enhanced by the bitterness of cocoa. It can be used in many recipes and is best suited for those that use baking soda, creating a leavening reaction.

Made from rich cocoa and golden cane sugar, without any additives or emulsifiers. The result is intense chocolatey goodness.

Oh-so-tempting itsy bits.Made from rich cocoa and golden cane sugar, without any additives or emulsifiers. The result is rich chocolatey goodness. 55% cacao.

Best Before April 21st, 2017!! 38% cacao. Smooth milk chocolate with a hint of creamy hazelnut for the unconditional fans of milk chocolate. The real McCoy.

Staff comment - "Super smooth and perfectly dark!" <br><br> It’s here, the new staple dark bar to have! The exquisite taste and smooth texture will make you melt. Made especially for the dark chocolate enthusiasts!