MakeMake (pronounced maeki-maeki) is a berry farm in Chile that was introduced to us through one of our Food Family Partners. This farm has been put to the test over the past decade but they have come out on top in the end. 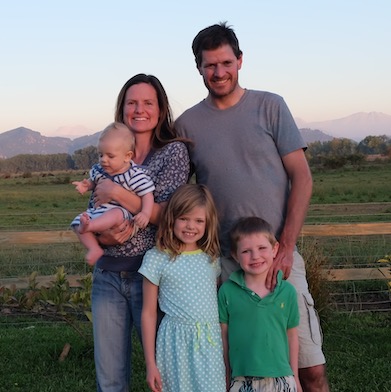 In the beginning, Alberto and 10 other organic farmers in the region started by together by selling to a well-known produce company and the partnership was one-sided. They were collectively exporting their cases of berries for an extremely low price plus the buying company was charging them for the clamshells and boxes to ship them in and they were only receiving payment 4 months after the end of their farming season.

Alberto decided to form a cooperative with his fellow growers – 10 in all, called Green Tribe. they became the first Fair Trade produce operation in Chile. Through their partnership with our Food Family Partner Discovery Organics, "Green Tribe" was able to now get a much fairer price for their berries. Then, things went terribly sideways with a massive earthquake that hit the region's devastating export ports. Through Discovery Organics' help, they were able to raise $19,000 to help bring relief to their communities. The following summer things picked back up and all was good except Green Tribe was approached by a much larger partner that wanted all of their crops so Discovery Organic was cut out by the majority vote of the co-operative.

This new seller again undercut the cost very low but with the volumes, they were able to make more money... at the start. Even though this new purchaser was not a fair trade certified importer and knew nothing about the impact that undercutting a previously signed fair trade agreement would cause. That relationship didn't last long as they were then approached again by another importer who made the same promise all product, lower costs but supposedly more money. But after years of complaints and a horrible working relationship that relationship fell apart as well. Alberto was the biggest promoter of Fair Trade in Chile, and when these deals fell apart, one after the other, so did his dream of a better world for small producers and their labour crews.

Some time went by and Alberto was able to create his own MakeMake Label and re-partnered directly with Discovery Organics. The story doesn't end there though. Alberto's wife Rebecca was teaching English hours north in Santiago. two years ago they all moved to the farm and she opened a nature-based summer school/camp taught English & Spanish serving only organic food.

This week we welcome MakeMake Farms Blueberries back into our catalogue and we hope that you are going to enjoy them!At The Organic Box we share with you the struggles that our Food Family Producers are faced with. We want to connect you directly to where the food is coming from, how your purchase impacts the farmers and tell you the whole story. We are proud to be able to do so and we hope that you enjoy knowing where your food is coming from.

Get Your FairTrade Organic Blueberries
×